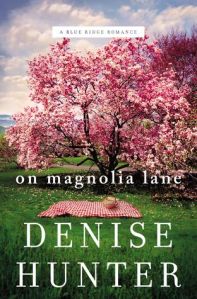 Pastor Jack McReady has secretly carried a torch for Daisy for two long years. She’s a member of his congregation, after all, and she’ll never see him as more than a trusted counselor. Jack’s best friend Noah has taken every opportunity to encourage his lovesick friend, but when Noah catches wind that Daisy has joined an online dating site, he takes matters into his own hands and orchestrates a meet-cute of the most unconventional kind.

Owner of the local flower shop, Daisy Pendleton is content with her small-town life, but she’d sure like someone to share it with. After several disastrous first dates, she’s about to give up—and then she finds a seemingly wonderful man online. Daisy gets to know TJ through a series of messages but finds herself spending more time with Pastor Jack outside of the church at the same time. What she doesn’t know is that her online prospect and Jack are one and the same.

Just as Daisy’s love life starts to look promising, a mysterious woman appears in town. Daisy is faced with a revelation about her family that turns her world upside down, and she looks to both TJ and Jack for help.

Jack must find a way to reveal himself as her online suitor without breaking her heart and losing her trust. As Daisy faces Jack’s betrayal, she’ll have to learn to extend grace to herself, her family, and the man she’s grown to love.

On Magnolia Lane is utterly delightful. A story about grace and forgiveness in the face of betrayal, of falling in love even if it’s a little unexpected, and of community coming together to support and protect, On Magnolia Lane is so very easy to savour and enjoy.

Daisy Pendleton doesn’t mind being single, but she’d really rather like to find a wonderful guy who can love her and she him. That’s why she has joined a dating site and suffers through blind date setups. Jack McReady has been in love with Daisy for years, but knows she doesn’t see him as anyone other than her pastor. When Jack’s friends create him an anonymous profile on a dating site, Jack has a chance to show Daisy another side to the man she thinks she already knows.

END_OF_DOCUMENT_TOKEN_TO_BE_REPLACED

After Brady Collins’ ex-wife dies, he receives devastating news—his nine-month-old son Sam isn’t his son at all. And Sam’s wealthy maternal grandparents want custody of the child. Brady knows he’s in for the fight of his life. But regardless of what any blood test says, Sam is his son, and Brady will go to any lengths to keep him.

Brady’s attorney tips him off that one major life change would virtually assure him of winning guardianship of baby Sam at the final hearing: an impending marriage. And his friend Hope is willing to step in as the loving and devoted fiance.

Local radio celebrity Hope Daniels has been driven by a solitary goal her entire life, and after a happy accident she’s finally offered her dream job. But if the truth comes out about her arrangement with Brady, she may miss the chance of a lifetime and stand in the way of a dear friend’s dreams.

As Brady and Hope make sacrifices to help each other in their times of need, they risk uncovering a truth neither of them expects to find.

Honeysuckle Dreams is the second novel in the Blue Ridge Romance series (third if you consider the loosely related companion novel, Sweetbriar Cottage). Honeysuckle Dreams shares with these sister books a sweetly romantic story of second chances, facing fears and finding happily ever after.

Hope Daniels would do just about anything for her friend Brady Collins. So when Brady’s life is turned upside down and he faces losing the custody rights of his young son, Hope shocks herself by agreeing to a marriage of convenience. What starts as a way to hopefully secure Brady and Sam’s future, slowly begins to morph into something more as Hope and Brady spend more time together and begin to integrate their lives.

END_OF_DOCUMENT_TOKEN_TO_BE_REPLACED 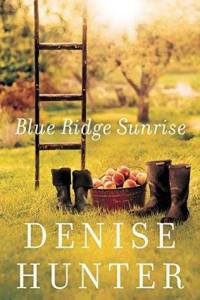 Former free spirit Zoe Collins swore she’d never again set foot in Copper Creek or speak to the man who broke her heart. But return she must when her beloved Granny dies, leaving the family legacy to Zoe–a peach orchard nestled at the base of the Blue Ridge Mountains.

When Zoe returns home with her daughter and boyfriend Kyle, she finds that she’s the only person in town who doesn’t expect her to give up the life she’s established far away from Copper Creek. Everyone believes she was born to run the orchard, but how can she make it her home after so many years?

Cruz Huntley never quite got over his first love Zoe Collins, the little sister of his best friend Brady. Not when she cheated on him during their “break,” not when she took off to parts unknown with good-for-nothing Kyle Jenkins, and not even now—five years later.

As life-changing decisions and a history with Cruz hang over Zoe’s head, tensions rise between her and Kyle. Even as she comes to terms with the shifting relationships in her life, Zoe still isn’t sure if she can remain in Copper Creek with her new responsibilities . . . and her first love.

So, I decided to throw my neatly ordered to-read list out the window and read Blue Ridge Sunrise way ahead of schedule. I simply couldn’t resist the promise of a Denise Hunter romance or (let’s face it) that cover.

Returning to her hometown and confronting her past was never on Zoe Collins’ to-do list. But the death of her beloved grandmother has finally brought Zoe home, bringing along her young daughter and boyfriend Kyle. When Zoe discovers that her grandmother has left her a peach farm, Zoe is torn between returning to her life on the road as a singer and staying to take over the farm. Coming face-to-face with Cruz Huntley, her first love and ex-boyfriend, makes things more complicated – especially when Zoe knows that sticking around will mean finally coming clean about her biggest secret. Seemingly insurmountable obstacles war with finally feeling at home in Copper Creek, as Zoe learns to face her past and embrace her future.

END_OF_DOCUMENT_TOKEN_TO_BE_REPLACED 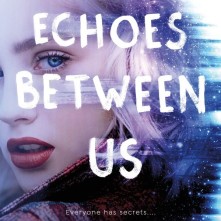 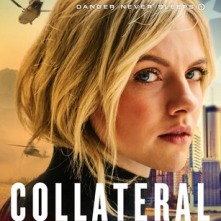 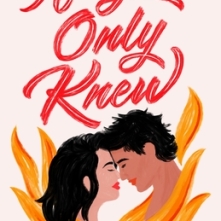